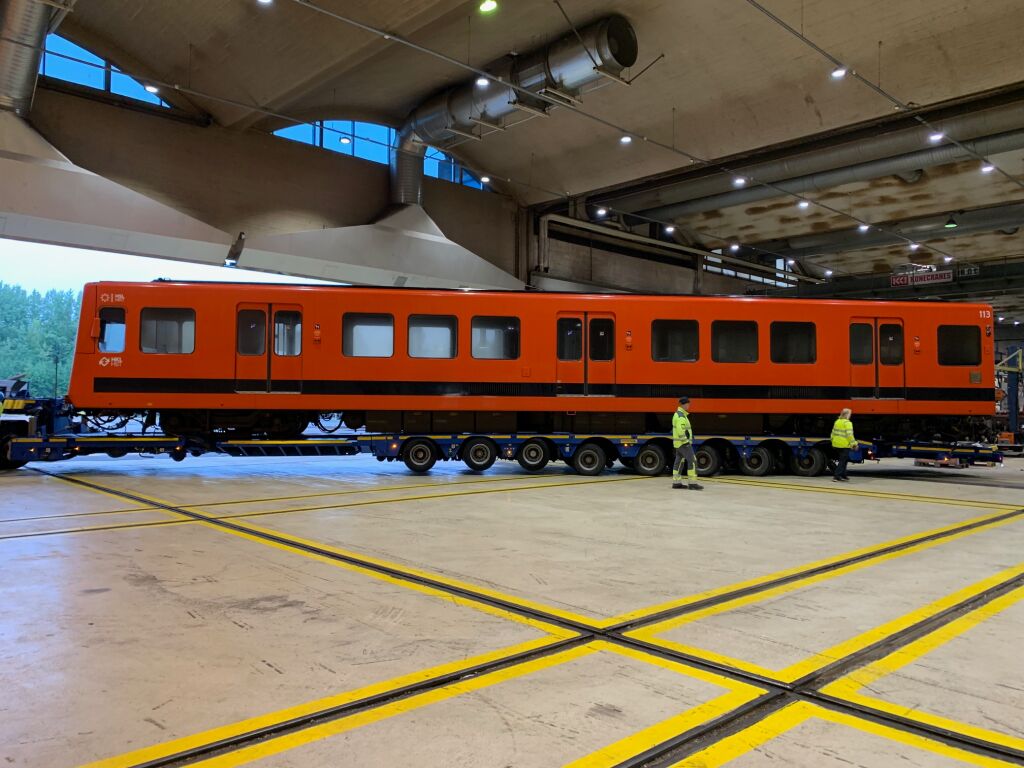 Helsinki City Transport will carry out overhaul and modernisation on all of its metro trains in the M100 and M200 series. Overhauls have begun on the M100 series trains. The first two metro trains have already undergone overhaul and they returned to passenger service in November. VR FleetCare is responsible for all the renovation work performed on the project.

Modernisation will improve the comfort of travel. The interiors of the passenger compartments will be renewed and the trains will be fitted with LED lighting. Trains in the M100 series will also provide more open space suitable for the transportation of bicycles, among other things. The passenger information system will be updated, the train car body will be surface-treated and the driver’s compartments of the M100 trains will be fully renewed, including the driver’s console. Driving ergonomics will be improved to meet the train drivers’ wishes and needs

The passenger compartment of the M100 trains looks more modern now thanks to the light colour scheme, and travel comfort has been improved by, for example, organising space for travellers with bikes behind the driver’s compartment. In their feedback, customers have long requested power sockets for the passenger compartment, so we have added those during these basic repairs. The trains will be painted, and the motor-drive and door components will be renewed to ensure that this fleet can continue to be used until the end of the planned lifecycle.
Keijo Lahti, Project Manager for Helsinki City Transport

We have decades worth of experience of similar demanding overhaul projects as well as train fleet modernisation projects. We also have superb production facilities that provide excellent conditions for this type of work. At first, the metro trains were transported on road by truck driven special transport trailers, but now they are transported by rail by special permission. This facilitates the overall delivery and allows the public to catch sight of a metro train along the railroad from Helsinki to Pieksämäki.
Peter Guldbrand, Vice President, Sales at VR FleetCare

First in line to be renovated are the M100 series trains, which will be followed by the M200 series trains. The last modernised train will be handed over to Helsinki City Transport in 2023.